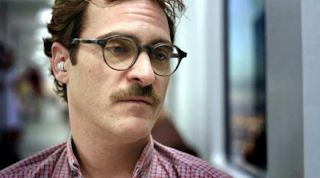 It’s amazing the things us single gals do to occupy our single-life time. Dinner dates with the ladies, weekday Bible study, late nights at the office, random romps with Mr. Right Now, and the occasional, supposedly self-empowering “me day.” After doing all the above and then some, I finally decided it was time to try something new.
So after one too many BlackPeopleMeet.com commercials and hearing a few success stories from friends, I decided online dating was the perfect way to jumpstart my love life; or so I thought.
Since I was just dipping my toes into the cyber dating pool I opted for the free, highly recommended dating site OKCupid.com. After selecting the perfect profile pic — not too revealing but just enough to assure potential suitors I wasn’t auditioning for the next episode of Catfish, and answering way too many questions about zodiac signs, sexual preferences and religious beliefs, I was officially open for business.
Going into this process I must admit I was a little skeptical of the responses I would get. With studies showing black women receive fewer messages than women of other races on dating sites; my expectations were pretty low. But to my surprise, shortly after completing my profile, my inbox saw a good amount of traffic.
Off the bat there were a few potential prospects and cyber cuties, but after a few message exchanges I eventually lost interest or the conversations trailed off after one too many sexual innuendos or grammar errors (the official #Fail award goes to a guy who wrote me a three paragraph rant about how outraged he was over the “Mike Zimmerman” verdict). There were also the middle-aged divorcees looking for a twenty-something arm piece, narcissists, wannabe thugs, and doe-eyed college kids looking to occupy their emo time.
Oh, and the white guys. The Bills, Chucks and Henrys who seemed to go out of their way to ease perceived dispositions they assumed I had regarding our racial differences.  Nine times out of 10, the message began with “I love black women,” or “Your hair is really beautiful.” And while I appreciate the compliments, I just wasn’t in the mood to be anyone’s chocolate fantasy.
Then there were the just plain weird ones. After not responding quickly enough, I received an eerie message from a guy warning me to not string him along or else “I’d be sorry.” There were also a few imposters (it’s amazing what you can learn about a person through the Google images), open invitations for sex, closet anarchists and the always fun, “oops, you go to my church and you’re married.”
After two weeks of no good leads, I was convinced there’d be no computer love for this Coloured girl. But just as I was getting ready to pull the plug on my online experiment, I met Joe, a sweet, white guy who lived in my city.
Cute, witty, seemingly spiritual, and with a decent job, Joe seemed to be just what I was looking for. We chatted for a few days and soon upgraded our exchanges to texts and phone calls. Despite my apprehensions, I rationalized with myself that since I’ve known him for three weeks and he hadn’t exhibited any signs of craziness thus far, why not. Besides, deep down I secretly felt like Sanaa Lathan, going against the grain and trying something new. But alas, this was no movie, and this certainly was no Simon Baker I was dealing with.
After a few phone calls, Joe said he had a confession to make. Instead of the tall, muscular and handsome ex-football player his online profile paraded him to be, he sent me a photo of the real him and the result was a short, pudgy and gnome-like (beard and all) little man clad in knit sweater circa Bill Cosby 1984. *sigh* In the words of the late Marvin Gaye, “This ain’t living.”
Yes I know online dating can be a great way for us workaholic, millennials to meet like minded-individuals, but is this really how black people meet? If so, count me out. Given the stats, the pervs, posers, the old, dirty, bastards, and just plain “ugh,” I’ll opt out of leaving my love life in the hands of an algorithm
Posted by Mihran Kalaydjian at 3:19 PM No comments:

Mihran Kalaydjian
Mihran Kalaydjian a Highly talented goal oriented senior manager with excellent brand-building skills and a strong entrepreneurial spirit. Recognized for the ability to guide and work well with diverse staff and manage stressful situations with patience and resolve. Excellent problem solver and revenue generator who demands and delivers a standard of excellence through creativity, self-discipline, and effective management. Results-driven with the ability to direct and organize disciplined productive teams.